"Historically, if Muska Mosston is the father of the Spectrum, Sara Ashworth is the mother. It has been Sara who has singlehandedly nurtured and kept the Spectrum alive for the past forty years."
- Michael Goldberger

Sara, the youngest of four children, grew up in a nurturing and orderly middle class family in West Palm Beach, Florida. Her parents instilled a strong work ethic, the importance of family, education and personal values of independence and self-reliance. With both parents working, (her father a mechanical engineer and her mother a teacher) the behavioral expectations, rules, and code of conduct were clear and enforced. Play followed work.

Her early childhood years were active with free city-driven sports programs (fencing, tap, ballet, and toe dancing), and years of competitive gymnastics, track, and diving as well as the family's love of waterskiing. Through sports she learned to accept challenges, take risks, receive feedback, work with and trust others. It is also where she learned the value of repeated practice and its role in achieving excellence and precision performance. From competitive AAU gymnastics she learned to cope with the challenges of competition and experienced both the agony of defeat and the thrill of victory. These enriching developmental opportunities occurred because of her gymnastic coach, Budd Watson. He nurtured, supervised, guided, set a standard of excellence, was consistent, and, mostly, led the gymnasts to believe they could be more than they thought they could be at their tender age. He taught them to dream.

In today's world of slashed city budgets, organized sports, private lessons, and the threat of litigation, it is hard to believe that these year-round children-centered experiences with Budd were offered free through the City Parks Department. Children need mentors, and Budd was responsible for instilling and re-enforcing worthwhile life attributes such as pride of accomplishment, respect of others, and self-reliance while learning. Budd was everything that Sara's first-grade teacher wasn't.

Sara's free-spirited childhood ended in first grade when she encountered her first abusive and nasty person – her first-grade teacher. Thanks to this teacher, Sara knew in first-grade that when she grew up, she wanted to teach future teachers who were nurturing and encouraging, respectful and competent, capable of leading students to their strengths and helping them overcome their weaknesses. Both Budd and Sara's first grade teacher, the one who enhanced and the one who hindered development, created Sara's early awareness of the power of teachers and the influence of verbal behavior, which later became instrumental to certain aspects within the Spectrum.

A New Beginning with New Adventures

After high school and undergraduate studies, Sara earned her MA from the University of Mississippi and an EdD from Temple University in Philadelphia, PA. Sara met Muska in 1969 at the Southern District Physical Education Convention. Muska's ideas were groundbreaking and he was a mesmerizing speaker. After their initial meeting, Sara studied and implemented the Spectrum in her classes and attended every workshop that Muska conducted. After moving to New Jersey, Muska would observe her classes, giving feedback about the accuracy in implementing the different styles. These sessions were not always easy. Muska was Sara's mentor and she was his student until Sara began offering insights, refinements, and clarifications to the Spectrum theory. At that point their relationship moved from teacher-student to colleagues. 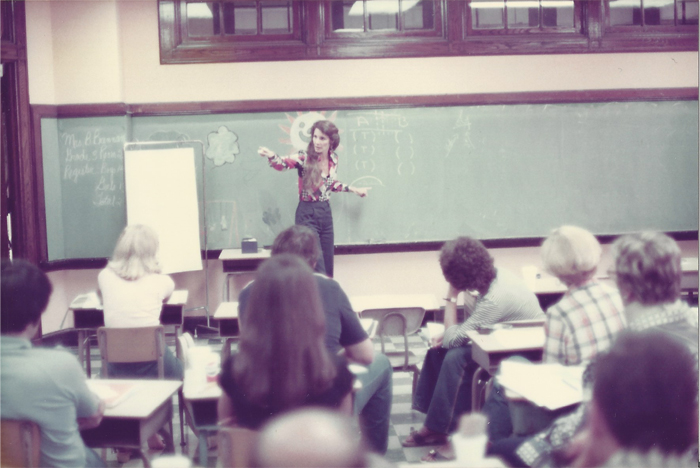 Sara has been to many places to teach the Spectrum Theory. 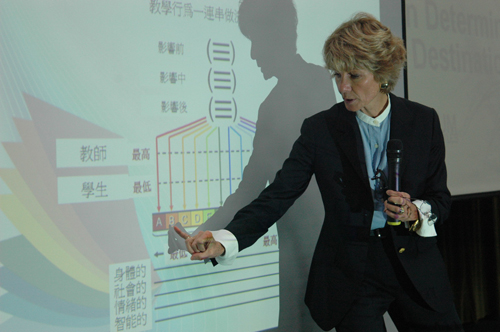 For the next 25 years, Muska and Sara were partners in work and a life that focused on continued research and expansion of the Spectrum of Teaching Styles. From 1973–1980, they received a Title IV-(C)(3) federal grant to direct the Center on Teaching in New Jersey. From 1980 until Muska's death in 1994, they conducted workshops throughout the U.S., Canada, Europe, the Middle East, and South America. In 1984 alone, they conducted 87 presentations during an 11-month European Lecture Tour. From 1987-2008, Sara taught the Spectrum in the Department of Elementary Education at Florida Atlantic University. In the first four years, she received every teaching award given at FAU, including the University Distinguished Teacher of the Year Award. In 1996 she was awarded an Honorary Doctorate from the Faculty of Sport and Health Science from the University of Jyväskylä in Finland. Following Muska's death in 1994, Sara continued to develop, research, and apply the theory in different fields and teaching situations. She continued to expand the framework of the Spectrum, to travel internationally teaching and interacting with colleagues. In the years since she left FAU, Sara's attention has been dedicated to updating and applying the Spectrum theory to all fields and not just Physical Education. Additionally she created the Spectrum Institute for Teaching and Learning. With the support of her late husband, Alexander (Sandy) Lankler, Sara has revitalized the Institute with a fresh website and created the Renewal Coalition, a 501(C)(3) organization dedicated to helping wounded warriors reenter into civilian life. (renewalcoalition.org)